Yesterday, a leaked document by the education department revealed Michael Gove’s latest plan to meet his three objectives as Education Minister:
1. Demoralise youth.
2. Recreate 1950’s Britain.
3. Achieve a class divide of which Thatcher would be proud.
By  2016, GCSE’s will be obsolete. In their place, a resurrection of the two-tier examination system used in the mid-1900’s, with the bottom 25% of 16 year olds taking CSE’s, whilst the more academic sit O-Level’s.

Conceived in 1984, GCSE’s provided hope for greater social mobility (admittedly, this hope was meagre under Thatcher, but let’s think long-term) by creating a full-spectrum qualification which would support the aspirations of all young people, not just the elite. Thirty years on and regressive thinking by the Tories threatens to segregate society once more;  2016 is sure to see the remaining sinews of social mobility perceptibly tauten. CSE’s are destined to become the qualification of the lower classes and, by corollary, the qualification of the North; Liverpool and Hull are already down as the ‘CSE towns of tomorrow’, according to figures by Chris Cook of the Financial Times.
Aged 14, most young people have barely begun to seriously consider their futures- their main focuses in life are their friends and hobbies- and yet, according to Gove, this is the point at which we should effectively cut off the bottom 25%. How, when the futures of these young people are still so malleable, is it possible to gain any suitable degree of accuracy when determining their potential? Figures show that of those in the bottom 25% aged 11, one-third will have broken out by the time they are 16. Under Gove’s plans, such promise of development will be choked off at the midway point.
Arguably, though, the pressure of a deadline may generate a more positive response to education, resulting in swifter academic development. Be that the case, why stop there? Let us end play fights and instead clobber our youth with textbooks; let us tear down the river ropeswings and drown them in Radio 4; let us pop those dastardly footballs, to be replaced with quick-fire mathematics. There’s no such thing as ‘too young’! Who needs childhood, anyway, when there’s a sparkling adulthood of affluence awaiting? 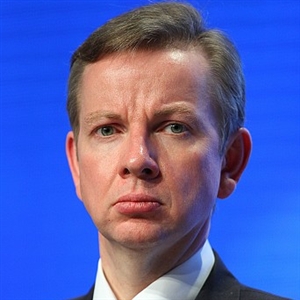 Unfortunately, there is a flipside to that inspiring vision: a country simmering with dejection and resentment. To simply be told that your aspirations are now worthless and to be unable to revoke that decision, to claim back your future, is an extremely disempowering concept. Friendships, which are so important in youth, could be torn apart, not only through physical segregation, but through mental reassessments of status. Moreover, a child who has the potential to reach a grade C at GCSE level may, in 2016, find themselves moved onto the CSE curriculum. With the only possible outcome being a ‘dead-end’ qualification, why should they even bother? I know I’d give up. Admittedly, under the current system, we have ‘Foundation’ GCSE papers for those who are aiming at a grade C. However, unlike the proposed CSE’s, the grade isn’t belittled by the means through which it were achieved: there is no record of the person having taken, what could be seen as, a less-prestigious paper.
As for the longevity of these plans, don’t depair just yet: Mr Clegg has promised to block Gove’s proposals just as he did with Trident, and wind power, and Proportional Representation, and tuition fees, and… Oh dear.

In 1973, demand for coal soared as the international oil price rise saw British oil imports fall by 15%. Grasping this opportunity for a pay increase, the National Union of Mineworkers called a ban on overtime.

In January 1974, Heath responded with the Three-Day Week in which ‘most industrial and commercial premises’ operated for only three days a week. The maximum speed limit was reduced to 50mph and television went off at 10.30pm. He calculated that Britain could survive for longer on these rations than the miners could in unemployment.

During this time, loud complaints declaring a return to the Age of Austerity rang through Britain, masking the quieter and arguably more Northern tones that were, well, having quite a knees-up. Amongst this chorus of jubilant voices was my nan.

– How did life change for you during the Three-Day Week?

I was working at the sewing factory then and I used to work five days a week, nine o’ clock till three, because I used to have to get the children to school then go to work, then be out of work at three in time to go and pick them up from school.

So when we came on this Three-Day Week we thought it was, well I thought, and a few women that I worked with thought it was, wonderful because quite a few of us had young children. When we first heard we was going on three days a week we thought  ‘I hope it’s not split’ you know, but when it was Tuesday, Wednesday, Thursday it was brilliant because it gave us a long weekend, Friday, Saturday, Sunday and Monday off. So it was ideal, it was ideal for me, because with your Granddad being a bus driver he wasn’t on three days a week, they just worked normal hours. So I was lucky because the main breadwinner, so to speak, of the family was still bringing a full wage in. It made it easier all round for me because I had those two extra days a week to sort of do more.

– How did your pay cut affect you?

We were on piece work, you see, so we only got what we earned in those three days, which was quite a big cut in money, but it didn’t bother me because it was more important to me to have more time with the children, you know? Because we could have nice long weekends- quality time, you know? So I really enjoyed it but, like I say, a lot of people did suffer very badly from it because if they’d got like their mum and dads that were on three days a week it was a big come down in their income coming in. So I was lucky in that respect. So I really really did enjoy it because money wasn’t the important thing to me, it was having a bit more time at home, a bit more time with the children. But I know a lot of people did suffer, very badly.

– What about the power cuts?

It was nice that I was at home, with the power cuts, cause I was there, cause your mum, Jacky, was quite frightened when we had a power cut, [laughs] she didn’t like it at all, especially after tea when it was dark when we had to have candles, she didn’t like that at all. I remember our Alison was at Brownies at the end of the road and, with the power cut, there were no street lights so I had to pick her up. Jacky refused to come so I left her at home, Hobson’s Choice, but when I got back she was standing on the doorstep, terrified. I remember she said ‘I thought the candle was going to burn out and I’d be in the dark.’

– How were you affected by the speed limit and television restrictions?

I don’t remember either of those. Well, we didn’t have a car in them days, did we? We did have a little black and white tele but [laughs] we would have been in bed by that time.

– What was life like when the Three-Day Week was over?

When it finished and we had to start working five days a week again I hated it, really hated it, because it just seemed… it wasn’t as nice a home life, really. So I didn’t stay [at the sewing factory] very long after that. I think that Three-Day Week made me realise how valuable it was to have more time at home so I left after a while and I got a job at the college. I did work five days a week but it was only nine till one. So I was more at home, a bit more time at home, more time to spend with the children. 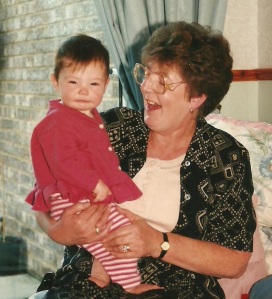 Last Saturday, Chancellor George Osbourne ruled out the inclusion of transferable marriage tax allowance, which would have seen married couples £150 better off, in next month’s Budget.

This sparked accusations from traditional Tories that Osbourne was ‘kowtowing’ to Lib Dem pressure. Amongst those fighting for the allowance is Work and Pensions Secretary, Duncan-Smith,  who said: ‘It’s about the Government recognising that stable two-parent families are vital for the creation of a strong society.’ His view has been supported by many others based on evidence which suggests that children from cohabiting or lone parent households are more likely to turn to drink, drugs and crime than those whose parents are married.

I am gravely concerned with regards to the intelligence of those running our country. To favour marriage over cohabitation on the basis of stability is idiotic. Surely nobody is stupid enough to believe that marriage increases the love between a couple? It simply increases the feeling of obligation. Thus a relationship in either circumstance is just as likely to break down as the other.

Whilst the success rate of marriage may seem greater statistically, the claustrophobia created by remaining in a relationship out of marital-obligation is perceptibly unhealthier than conceding to an amicable separation. Not only this, but the former is likely to affect any children involved on a much deeper level: even if they don’t turn to the aforementioned degenerate behaviours, it is probable that they will adopt warped expectations of marriage, leading to further destructive relationships.

In response to Duncan-Smith’s drivel: marriage does not necessitate stability, nor does stability necessitate marriage.

Marriage tax allowance was abolished in April 2000 in the recognition that it had become an outdated and discriminatory policy (ironically, the money generated was reinvested in child tax credit increases.)  As Clegg put it (just hear him out- he does have a point): ‘We shouldn’t take a particular version of the family institution, such as the 1950’s model, and try and preserve it in aspic.’ To return to marriage tax allowance would be regression, not change.

Not only does his hesitation prevent a ridiculous policy from being enforced, it is also exposes the cracks within the Tory party which are elongating under the pressure of the coalition, making a 2015 election victory less and less likely.

This is somewhat reminiscent of the Bevanites v Gaitskellites internal conflict suffered by Labour prior to their 1951 election defeat. From Clause IV to marriage tax allowance; the H-Bomb to wind farms; Europe to, um, Europe. The marriage between the Tories and Lib Dems is looking somewhat unstable, wouldn’t you say?